A Singapore Success Story: The Fight Against Liver Cancer

Liver cancer stems primarily from a damaged liver. The greatest risk is posed by any factor be it a chronic virus infection of the liver such Hepatitis B or C, excessive alcohol ingestion leading to liver inflammation or congenital inability to excrete certain toxic element that accumulates in the liver resulting in a shrunken liver with haphazard liver cellular regeneration – a condition known as liver cirrhosis.

The risk of liver cancer developing in a cirrhotic liver may be as high as 200 times that of a normal liver. 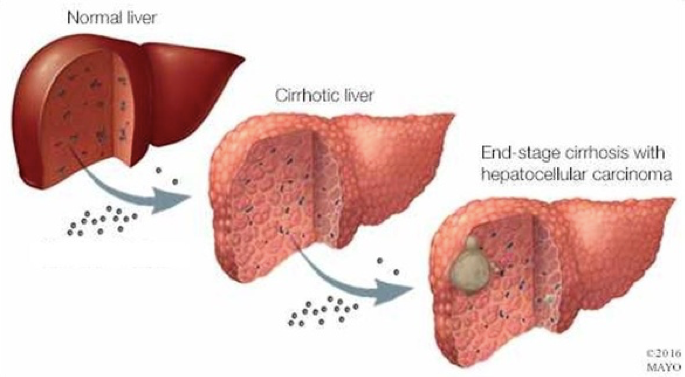 Figure 1: The progression from a normal liver to a cirrhotic liver with liver cancer

This favourable trend is due to 2 reasons. As chronic Hepatitis B infection used to be endemic in the region primarily transmitted during childbirth from an infected mother to child, the twin pillars of success are an effective national childhood vaccination programme against Hepatitis B since 1985 and the advent of effective anti-viral drugs for those who already have the chronic Hepatitis B infection to prevent further damage to the liver and reduce transmission rates.

National screening of those with chronic Hepatitis B infection for liver cancers in Singapore using ultrasound scan of the liver and a blood test for alphafetoprotein (AFP) level at regular 6 monthly intervals is also useful in detecting liver cancers as early as possible. In my opinion, using PIVKA-II another sensitive and specific blood tumour marker will be useful as there is up to 30% of liver cancers that may not have a raised AFP level, the PIVKA-II will be raised in these cases. PIVKA-II serum assay is available in Singapore.

Staging of liver cancers is not as simple as for other cancers. Simply describing the stage of the liver cancer in terms of size of tumour, invasion of the blood vessels in the liver, whether there is spread to the regional lymph nodes or spread to distant sites such as the lungs may not correlate with survival as well as other common cancers like colorectal cancer. Again, the reasons are two-fold.

Secondly, the biological behaviour of liver cancers is heavily influenced by the cause of the liver damage. Liver cancers arising in a liver infected with Hepatitis B and a very high AFP that is > 400 ng/mL are generally more aggressive in cancer growth and spread as opposed to the slower rate of growth in someone who has liver cirrhosis from chronic Hepatitis C infection or excessive alcohol use. Liver cancers have proven to be very varied when the tumour genetic profiling is done.

This is the reason why there are at least nearly 10 different staging systems used depending on which country one is in. The staging system established is largely influenced by the dominant aetiological factor and the most prevalent type of liver cancer diagnosed in that particular country.

The prognosis is obviously much better when the liver cancers are detected early and treatment may be given with curative intent.

The diagnosis of liver cancers may be confidently made without a need for biopsy if the radiological imaging characteristics are consistent with the diagnosis and the blood tumour marker level AFP is high. However, as already mentioned, not all cases will fulfil the above criteria and a biopsy is needed to confirm diagnosis and also allow the tumour to be profiled.

If possible, in the early detection of the cancer confined only to the liver, surgery when done to remove the entire liver cancer is still the best treatment modality for cure. However, if the liver cancer is too large or liver function does not allow the remnant liver after surgery to cope with the metabolic function, surgery will not be possible.

Alternative treatment methods when surgery cannot be done include:

For advanced liver cancers that have spread to sites outside the liver such as lymph nodes, lungs, bones and peritoneum after tumour rupture, above modalities to surgically remove cancer or target the tumour using local ablative or direct drug/radioisotopes delivery methods will no longer be applicable.

Late stage liver cancers are still associated with a poor prognosis with a median survival of less than 6 months. In a retrospective study on 1,131 local patients with chronic liver disease seen at the Singapore General Hospital between 1988 – 2009 found that those on surveillance had significantly higher median overall survival (36.5 months) compared to those that were not (8.5 months). Furthermore, there has been a more than 2-fold and nearly 3-fold increase in proportion of liver cancer patients with stage I disease among males and females, respectively, from 2004 – 2006 to 2010 – 2012, signifying earlier detection.

To conclude using the staid adage, prevention is better than cure, is always apt. Everyone should be encouraged to get vaccinated against hepatitis B; those who are Hepatitis B carriers are to be screened regularly for liver cancers and lastly those who have high Hepatitis B viral load should undergo viral suppressive therapy to reduce risk of liver cancer. 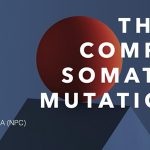