Singapore has achieved significant progress in the battle against liver cancer in the last 50 years, thanks mainly to our country’s effective 2-prong strategy to control Hepatitis B. The survival rate of liver cancer patients in Singapore is among the world’s best, second only to Japan.

Yet, the disease ranks as the third and fourth cause of death among Singaporean males and females with cancer respectively, claiming over 500 lives annually between 2014 and 2018, according to the Singapore Cancer Registry Annual Report in 2018. One of the challenges in further improving the survival rate of liver cancer is the ‘silent’ nature of the cancer in early stages. Most patients do not have signs and symptoms when liver cancer first develops and treatment with a curative objective is still possible.

This article covers the essentials of liver cancer in today’s context in Singapore, including risk factors and how to actively monitor one’s risk, how to identify symptoms early, available preventive measures, as well as the latest screening tests and treatment options.

What is liver cancer?

The liver is the human’s largest internal organ, responsible for over 500 physiological functions. It produces a myriad of enzymes and ensures the metabolism of almost everything we eat. Moreover, it filters toxins, such as alcohol, from the blood, fights against pathogens in the gut, and stores energy, protein, vitamins and minerals for the body’s usage.

Healthy liver cells can be compromised due to diseases, alcohol abuse, or in some cases, birth defects. In the long term, the cells could become cancerous and grow into tumours. Consequently, they destroy nearby tissues, disrupting the normal function of the liver, and even invade other organs.

A number of chronic conditions in the liver are known to increase the risk of liver cancer. Cirrhosis is perhaps the most well-documented risk factor for liver cancer.

Cirrhosis is a chronic condition characterised by large-scale scarring of liver tissue due to repeated injuries. The triggers of cirrhosis include:

Hepatitis B and C infections cause cirrhosis when the patient is not diagnosed or when treatment is inappropriate. Cirrhosis is the end-stage of chronic liver damage caused by hepatitis. Hepatitis B could also lead to liver cancer without causing cirrhosis. NAFLD, on the other hand, is more common in obese individuals with type 2 diabetes, high cholesterol, and abnormal triglyceride levels.

In addition to the above chronic liver diseases, the following inherited genetic conditions also increase the risk of developing liver cancer:

Excessive ingestion and inhalation of aflatoxins (various types of carcinogens and mutagens) due to consuming aflatoxin-contaminated products or environmental exposure may also cause liver cancer.

Liver cancer is not one single disease. There are several types with different triggers and treatments. The following sections will cover these cancers and their characteristics:

Hepatocellular carcinoma (HCC) is by far the most common type of liver cancer, accounting for 85% of all primary liver cancers. As the name implies, this cancer develops from hepatocytes – the main type of liver cells making up 80% of the liver’s mass. Researchers have established that HCC is more common in people with chronic hepatitis or cirrhosis.

Bile duct cancer, or cholangiocarcinoma, is another type of cancer that develops in the ducts located inside the liver. The purpose of these ducts is to carry a special liquid known as bile from the liver to the digestive tract.

A subtype of cholangiocarcinoma is known as intrahepatic bile duct cancer, which refers to the location of the cancer. This means the cancer starts in the section of the ducts inside the liver. Unlike HCC, this type of cancer is less common.

This is a very rare form of liver cancer that begins in the blood vessels. The unusually rapid growth of this type often leads to delayed diagnosis.

Hepatoblastoma mostly occurs in children under the age of 3 years old. However, surgery with chemotherapy cures up to 70% of all cases.

Unfortunately, in the early stages, liver cancer does not manifest any symptoms. Consequently, diagnosing this cancer often occurs late. That being said, people with this cancer may complain of the following signs and symptoms:

Blood tests can reveal 2 important tumour markers indicating liver cancer, namely AFP (alpha fetoprotein) and PIVKA-II. Studies have shown that they complement each other in HCC diagnosis, especially in patients whose AFP levels are not raised.

The imaging techniques that help with diagnosing liver cancer include ultrasound, CT scan, and MRI. In most cases, the definitive test to confirm the diagnosis is a liver biopsy. This involves taking a small portion of the liver to analyse it under a microscope at a laboratory. Based on the specific features observed on the specimen, the lab pathologist will determine the type of cancer a patient is dealing with and its extension. Some patients may not need biopsy, if the blood test reflects high AFP level and imaging results are consistent with the diagnosis.

As I have noted in my earlier article, staging of liver cancer is complex. The standard TNM staging system which focuses on the size of the tumour, the number of lymph nodes involved, and whether the cancer has metastasized to other tissues/organs, does not correlate well with the patient’s survival prospect.

For instance, the prognosis for a patient with TNM stage 4 liver cancer and normal liver function can be more positive than another patient with stage 2 liver cancer whose liver is failing. As such, it is important to discuss with the oncologist what the staging means for each individual case in terms of treatment and survival chance.

In general, liver cancer can be staged as below:

Stage 1 liver cancer: There is a single mass inside the liver that has not spread to the blood vessels.

Stage 2 liver cancer: There is a single mass inside the liver that has invaded nearby blood vessels. Alternatively, multiple tumours of less than 5 centimetres in size exist in the liver.

Stage 4 is the last phase of liver cancer. Though it is not necessarily terminal, liver cancer in Stage 4 is typically challenging to deal with. Patients have a significantly lower survival rate given that the tumour has since spread to distant organs and tissues. At this stage, the objective of treatment may be palliative rather than curative to improve the patient’s quality of life.

Treatment for liver cancer varies depending on its type, stage, tumour size, the patient’s medical history, as well as treatment objective, among other factors.

Surgery can be useful for the early stages of cancer that is confined only to the liver. The liver has a unique ability to regrow to its original size, even after up to 90% is removed. However, a patient is only a candidate for surgery if the tumour is not too large and the remaining liver can handle sufficient metabolic function post-surgery.

For small tumours measuring 3cm or less, ablation can be recommended instead of surgery. Ablation is an outpatient procedure that is performed under local anaesthetic. It uses radio waves or microwave energy to heat and destroy cancer cells. This is known as radiofrequency ablation (RFA) and microwave ablation (MWA) respectively.

Liver transplants can be a treatment option for selected cancer patients with early stage and confined cancer. This involves replacing the entire liver with that of a suitable donor. However, in order for the body to accept the donated liver, the patient will have to consume immunosuppressive drugs. Thus, liver transplants are often considered only for relatively young and fit patients.

Radiation therapy uses high-energy beams to kill cancer cells, and therefore can be very useful to target specific areas of the liver.

This is a classic cancer treatment that uses drugs to destroy the cancer cells, often done in an outpatient setting. The medications are typically injected through your veins. In recent years, an advanced technique called Transarterial Chemoembolisation (TACE) is often used to treat primary liver cancer. It delivers anticancer drugs to the blood vessels that feed the cancer cells.

Although targeted therapy and immunotherapy are promising for a number of cancers, their application in treating liver cancer is limited with mixed results. These are usually the last resort when above therapies are not applicable. In principle, patients with certain tumour genetic profiles can be candidates for targeted therapy drugs such as sorafenib, levantinib and regorafenib. However, patients are encouraged to discuss their cases with the oncologist to make the best treatment choices.

Fortunately, many liver cancer cases can be avoided by protecting the liver from preventable diseases that may lead to cancer. Such diseases include chronic alcohol abuse, hepatitis B and hepatitis C, and non-alcoholic fatty liver disease (NAFLD).

Vaccination against Hepatitis B has been proven to be an important weapon in Singapore’s success story to fight against liver cancer caused by chronic hepatitis B, as discussed in another article on our blog. Be sure to ask your GP about hepatitis B vaccination if you or your loved ones are not vaccinated against it yet. It is covered under the National Adult Immunisation Program and the cost is claimable under MediSave 500/700 scheme.

Treatment is way more effective when the cancer is discovered early on. Once it has progressed to advanced stages, a more robust approach is necessary with questionable efficacy.

As we established above, liver cancer rarely causes noticeable symptoms during the early stages. Therefore, screening remains the only effective way to diagnose liver cancer among high risk individuals.

You are highly recommended to discuss with your GP, or consult an oncologist for screening tests if you are a carrier of one of the following conditions:

According to recommendations, people with the above mentioned conditions should get screening tests every 6 months. Screening protocols include ordering blood tests to check for tumour markers (alpha-fetoprotein or AFP), liver function assessment and conducting ultrasound imaging.

Lastly, management of the above chronic conditions is also crucial. Make sure you have regular follow-up with your gastroenterologist and take your prescribed medications. Moreover, do explore treatment options like viral suppressive therapy which may help reduce the risk of liver cancer in individuals with high Hepatitis B viral load.

Significant progress has been achieved in the ‘war against liver cancer’ in Singapore. As of the writing of this article, further studies and programs are being launched to improve the rate of early diagnosis for liver cancer, which is expected to increase survival rate for this disease.

On an individual level, we can keep our liver healthy by getting vaccinations for Hepatitis B&C and adopting a healthy lifestyle. For those with chronic conditions that can lead to liver cancers, fret not. There are treatment options and screening exercises to reduce and monitor the risk. Speak to your doctor or oncologist to take advantage of these. 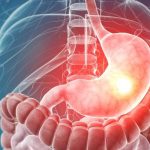 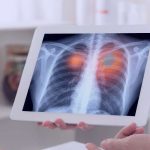