It may start as a persistent cough, or a pain in the chest that does not seem to go away. Reportedly, it is the second most common cancer among Singaporean men and third most common among women. On average, four cases of lung cancer are diagnosed in Singapore daily, and three people die from the disease, according to a report by the National Registry of Diseases Office. Unfortunately, over 60% of cases are diagnosed in advanced stages, resulting in poor prognosis.

In this article, we cover the essential aspects of lung cancer, including symptoms, causes, types, stages, diagnosis and treatment. We also attempt to explain why it is challenging to detect lung cancer early and what you can do about it.

What is Lung Cancer?

Lung cancer is a type of cancer that originates in tissues of the lung. The most commonly affected tissues are the cells that line the air passages, including the bronchi, bronchioles and alveoli.

Since the lungs are a medium of respiration, lung cancer directly impairs breathing – an essential part of our life. When damages by cancer are severe enough to manifest as symptoms, patients may experience laboured breathing, coughing or breathlessness. Frequent bouts of bronchitis or pneumonia may also occur.

Cancer cells that start in the lung are known to be aggressive, which means they can grow and spread quickly. Once metastasized (ie., spread to other organs), lung cancer is often incurable. These characteristics make lung cancer the deadliest type of cancer.

Worldwide, lung cancer has claimed more lives than any other cancer. According to global statistics, it was responsible for 1.8 million deaths in 2020, far more than the second and third most fatal cancers – colorectal cancer (935,000 deaths), and liver cancer (830,000 deaths).

The following causes and risk factors of lung cancer have been identified:

Smoking is the leading cause of lung cancer. About 80% of lung cancer deaths occur due to tobacco smoking. The number of cigarettes and the duration of smoking affects the risk to a great extent.

Second-hand smokers are not spared either. Non-smokers who are exposed to smoke have their risk of developing lung cancer elevated by 20-30%, compared to unexposed individuals. Children are particularly at risk, since they have smaller lung size and typically breathe more rapidly.

Cigarette smoke contains over 100 carcinogens i.e., cancer-causing agents, and mutagens i.e., agents that cause genetic mutations. By inhaling these toxic chemicals, smokers inadvertently damage their healthy lung cells. At first, these cells can carry out self-repair. However, with repeated exposure to carcinogens, they eventually become compromised. The damage causes cells to behave abnormally over time, and cancer may develop as a result.

Quitting smoking and avoiding passive smoking can reduce the risk of developing lung cancer (and many other diseases). However, it cannot ‘reset’ the risk to the level of never-smokers. Therefore, if you have never smoked, it is best not to start.

Radiation is the second leading cause of lung cancer, especially among non-smokers. Long-term exposure to radiation causes a mutation in cells which triggers their uncontrolled division. This leads to the development of tumours and cancer.

Frequent exposure to high levels of radon gas, a radioactive element that is present in underground water, soil and confined air spaces, is highly responsible for causing lung cancer, among other health issues. As such, people working in construction and mining face a higher risk of inhaling unhealthy radon gas levels and developing the disease.

At this point, you might be concerned about your exposure to radon and lung cancer risk in your daily life. While this may be possible, low-level exposure is believed to be of no harm to human health. Radon tends to accumulate in poorly ventilated spaces, so keeping your home airy could be helpful.

Asbestos is a natural mineral widely used in construction and other industries. Long term exposure to asbestos dust can cause lung cancer. This mineral is also linked to other cancers and lung diseases, such as mesothelioma – a rare and aggressive type of cancer affecting the lining of the lungs, abdomen and heart, and asbestosis – a chronic lung disease.

Exposure to asbestos dust happens mostly in industrial work environments such as mines, plants, construction sites, and shipyards. People working in these professions suffer a higher likelihood of developing lung cancer. Due to its harmful effect on human’s health, many countries have laws in place to regulate or even ban asbestos usage.

Genetics play a role in causing lung cancer. Approximately 8% of lung cancer cases are linked to genes predisposing an individual to the disease. However, not all lung cancer patients carry such genes, implying lung cancer is not a hereditary (i.e., inherited) condition.

The genetic risk factor could explain why never-smokers who are not exposed to the above risk factors may still get lung cancer. For instance, over the years, the number of local lung cancer cases classified as non-small cell lung cancer has been steadily rising, from 31% in 1999-2002 to 48% in 2008-2011. Fortunately, they often have better survival outcomes compared to other types of lung cancer (more about lung cancer types shortly).

Generally, if someone has a family history of lung cancer, they have an increased chance of developing it. If this is the case for you, it is important to consult an oncologist to understand your risk and get advice on necessary screening tests and other preventive measures.

Apart from the above, several other risk factors can lead to lung cancer, including:

Based on the appearance of lung tissues under a microscope, lung cancer comprises two main types. It is important to understand which type of lung cancer a patient has as the two types are treated differently.

NSCLC accounts for about 80-85% of lung cancer cases. It is further categorised into 3 main subtypes, depending on the part of the lung it originates from. The following are three most common types of NSCLC:

This type of cancer has a rapid growth rate. It is common among smokers, accounting for 10-15% of lung cancer cases.

In its early stages, symptoms of lung cancer often do not manifest. Furthermore, when symptoms appear, they can be very similar to an infection of the respiratory system. This makes early diagnosis a challenge. In Singapore, 2 in every 3 cases of lung cancer are diagnosed in the advanced stages (stages 3 and 4).

Symptoms of lung cancer may emerge as:

Visit a doctor as soon as you or your loved ones notice the above symptoms. In many cases, it might be a lung infection or a benign lung nodule. Regardless, medical treatment is required.

If a person experiences the above listed symptoms and visits a doctor or clinic, several diagnostic tests will be performed to confirm if it is lung cancer, and if so, what type and stage it is. Below are the typical tests:

These help in indicating any abnormalities in the lungs. Imaging tests like X-rays, CT scans, Magnetic Resonance Imaging (MRI), and Positron Emission Tomography Test (PET) are performed to reveal such abnormalities.

Samples of lung tissues are taken by means of a biopsy to check for abnormalities. Biopsy can be carried out in different ways, including:

Thereafter, samples are sent to a pathologist for analysis to confirm whether the sample cells are cancerous and, if so, what type. Molecular tests may also be performed to help doctors understand if certain mutations (i.e., gene changes) have occurred in the cancer cells. These findings help doctors determine suitable targeted therapy for patients.

Other tests also help to indicate abnormalities and detect whether cancer is present, and if so, its type and stage. The following laboratory tests are performed for lung cancer detection:

After a thorough diagnosis comes staging of the cancer. This step helps in the evaluation of cancer growth in the lungs and beyond. Cancer staging is important for the oncologist to predict cancer development and determine the best treatment plan.

Staging of lung cancer is performed based on TNM classification, in which

Staging varies depending on the type of lung cancer the patient is suffering from. Below are stages of 2 main cancer types – NSCLC and SCLC.

Listed below are the main standard treatments, only for educational purposes. Lung cancer patients are recommended to discuss their case with their doctor to make optimal choices regarding their treatment plan.

Surgery is performed to remove the infected part of the lung. It is often recommended for the early stage of non-small cell lung cancer (NSCLC), followed by other therapies.

The following surgical plans are available for lung cancer.

RFA uses electric energy and heat to destroy cancer cells. This procedure is minimally invasive and is an option for small NSCLC nodules.

Radiotherapy utilises high-energy radiation to destroy cancer cells in the lungs. It can be used to treat both types of lung cancer (NSCLC and SCLC), by itself or in combination with chemotherapy (chemoradiation). In some cases, radiation helps to shrink the tumour, facilitating surgery or palliative treatment.

Chemotherapy involves the use of anti-cancer drugs for cancer treatment. Taken orally or intravenously (injected through the vein), chemo drugs travel through the bloodstream and destroy cancer cells in different parts of the body. Chemotherapy can sometimes be performed after surgery to get rid of remaining cancer cells, if any.

However, chemotherapy has its disadvantages. Chemo drugs can also affect fast growing healthy cells throughout the body, resulting in side effects such as nausea, vomiting, etc. To deal with side effects, patients should seek advice from their oncologists regarding support therapies and advanced chemo drugs that are known to cause less severe or fewer side effects.

Targeted therapy can greatly benefit NSCLC patients with certain gene mutations identified through molecular tests. These include changes in EGFR, ALK and ROS-1. A well-known drug called tyrosine kinase inhibitors (TKI) helps in the inhibition of proteins that are overactive due to genetic changes, resulting in the elimination of cancer cells. Due to its targeted approach, this therapy is known to cause fewer side effects. It can be used in combination with chemotherapy.

Immunotherapy is another treatment method that has gained popularity in recent years, thanks to its improved outcome for certain subtypes of lung cancer. Immunotherapy works by stimulating the T-cells in the body’s immune system to recognise and fight the cancerous cells in the lungs more effectively. Immunotherapy can also be combined with chemotherapy. To find out more about this therapy, read our earlier guide to immunotherapy here.

In some cases, lung cancer comes back after treatment has successfully cleared the cancer cells. This is known as relapse, or recurrence. The likelihood of relapse depends on various factors, including the type and stage of the original cancer when it was detected and diagnosed. Recurrent lung cancer is usually more aggressive than original cancer.

Currently, there is no recommended structured screening program for lung cancer. However, if you are or have been a heavy smoker, and have a family history of lung cancer, it is essential to consult a professional and experienced oncologist to better understand your risk. The medical professional will guide you through useful screening tests to take.

We hope this 10-minute guide provides you with the essentials to better understand and protect yourself and loved ones against lung cancer. Awareness of the disease and its symptoms often helps patients seek medical attention more promptly, which can improve treatment outcomes.

There are advanced treatments available that make lung cancer survivable with a good recovery rate and improved quality of life. Though early detection of lung cancer is inherently challenging as discussed above, it is always beneficial for the patient to get checked as soon as symptoms, such as a persistent cough, appear. 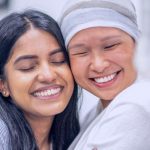 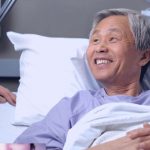