Stomach cancer, or gastric cancer, occurs when the cells lining the stomach become cancerous. Although less common than other types of gastrointestinal cancer, doctors consider stomach cancer to be relatively dangerous because patients often do not show symptoms in the early stages. This unfortunately results in late diagnosis and less effective treatment.

In Singapore, stomach cancer is the 7th and 9th most common cancer types in males and females respectively, but the 4th cause of cancer death in males and and the 5th in females. Four in every five known stomach cancer cases are detected in stage 4, when 5-year survival rate is estimated to be 5% or less.

In this article, we will cover the essentials you need to know about stomach cancer, including risk factors, causes, symptoms, treatments and preventive measures. We will also discuss screening exercises for individuals with high risk factors. Though challenging, this is critical in improving early detection and prognosis for gastric cancer patients.

Like most other types of cancer, the exact triggers of stomach cancer are still unknown. All we know is that this cancer occurs when healthy cells of the upper digestive system become cancerous and multiplying uncontrollably.

The duration it takes for this cancer to develop varies but the process could last for years before any symptoms appear. This is why screening for gastric cancer is important.

Decades of research has allowed scientists to come up with a list of risk factors for stomach cancer. Having a risk factor increases the odds of developing a disease, but not everyone with one or more risk factors is going to get it. Understanding risk factors is important because it helps guide us to take necessary precautions to manage our risk.

Stomach cancer risk factors can be categorised into 3 main groups:

Personal factors that are non-modifiable, ie., out of our control:

Lifestyle factors that are modifiable:

Medical factors that are manageable:

The upper digestive system – This includes the mouth, esophagus, stomach, and duodenum

The lower digestive system – This includes the jejunum, ileum, colon, rectum, and the anus

Gastric cancer affects the stomach and duodenum, whereas colorectal cancer develops in the colon or rectum.

The incidence of colorectal cancer is far more common compared to gastric cancer. Symptoms also tend to develop in the early stages, which is not the case for gastric cancer. Additionally, there are a few differences when it comes to clinical presentation, which we will cover in the Symptoms section below.

Finally, the prognosis (i.e., outcome) of both cancers is similar.

Some of the early symptoms include:

Despite this list, diagnosing gastric cancer is challenging because there are many benign conditions that cause the same symptoms. A person may not see a GP for the above symptoms. Even if the patient seeks medical care, the doctor will need to eliminate other causes and conditions first before concluding this could be a cancer case.

In any case, it is highly recommended to seek medical care if the symptoms persist and/or worsen for a few weeks. And now that we know about risk factors, be sure to discuss with the doctor about your risks and the appropriate screening or testing measures.

Once the tumour becomes large enough, the following symptoms may arise:

Compared to colorectal cancer, the primary differences in symptoms revolve around stool colour and pain location.

Gastric cancer always presents with black stools – this is because the blood gets oxidised during its trip from the stomach to the rectum. On the other hand, colorectal cancer can present with melena (black stool) but also with bright red blood.

As for pain location, gastric cancer causes pain in the upper digestive system, whereas colorectal cancer pain is more likely to occur in the lower part of the abdomen.

The staging of stomach cancer

Staging for most types of stomach cancer is based on the TNM (Tumour, Node, Metastasis) system. A case is staged based on findings of where the cancer cells have grown to, whether cancer has spread to the lymph nodes, and to which organs it has metastasised. The following table summarises the main stages of stomach cancer. In clinical practice, you might also hear further classification, such as Stage 1B or 2A.

Stage 0: Abnormal cells are round in the lining of the stomach. This stage is also known as dysplasia

Stage 1: Cancer cells have spread to the inner layer of the stomach wall but haven’t breached through it.

Stage 2: Similar to Stage 1, with the sole difference that cancer cells have spread to nearby lymph nodes

Stage 3: Cancer has breached the outer wall of the stomach with several affected lymph nodes.

Stage 4: Cancer cells have spread to nearby or distant organs.

Your doctor will take your history by enquiring details about any symptoms you have, your family history, and your lifestyle habits. Next is the physical examination, during which the doctor checks for any tenderness or lumpiness in the gastric region. Blood tests may be helpful as well. These include a complete blood count (CBC), inflammatory markers, and cultures.

Upon seeing the specialist or oncologist, you may expect the following procedures to be ordered:

The role of gastroscopy in diagnosis of gastric cancer

During a gastroscopy, the doctor inserts a long tube with a high-quality camera and a source of light into your mouth to reach the stomach and duodenum (the last portion of the upper digestive tract). The device is called the gastroscope. The procedure can be conducted under local or general anaesthesia.

If any unusual growth is seen during gastroscopy, your doctor will use the tip of the endoscope to take a tissue sample (i.e., biopsy), or in certain cases, to remove the polyps altogether. The next step would be to send the collected sample to a pathologist who will identify histological features of gastric cancer. It is important to note that biopsy is the only definitive test to firmly diagnose gastric cancer.

Depending on the staging of gastric cancer, treatment varies greatly. This section provides an overview of the available general therapies for stomach cancer, which include:

Surgery aims to remove the tumour and some of the healthy tissues that surround it with the purpose of reducing the risk of relapses.

Depending on the staging of cancer, the surgeon may choose one of these techniques:

Endoscopic mucosal resection – Using gastroscopy, the surgeon will remove tiny tumours from the surface of your stomach. This is only useful for the early stages of gastric cancer.

Subtotal gastrectomy – Removal of a section of the stomach through surgery. This is recommended when cancer has spread locally.

Total gastrectomy – Removal of the whole stomach. This procedure is reserved for advanced cases.

Radiation therapy is not very common in stomach cancer protocols. This is because of the high risk of damaging nearby organs. In advanced cases of gastric cancer, radiation therapy can be a viable option, especially when the cancer is causing severe symptoms (e.g., intense pain, excessive bleeding).

This treatment is rarely conducted alone, however. Oncologists typically use radiation therapy in combination with chemotherapy. The combination can help reduce the size of the tumour before surgery. This is known as neoadjuvant treatment

Chemotherapy contains drugs that kill rapidly-growing cells, which is a feature of all cancer cells. Doctors refer to these medications as cytotoxic drugs. While these drugs help with shrinking the cancer, they also cause many side effects to healthy cells with a rapidly-growing nature such as intestinal cells or skin cells.

Targeted medications focus on specific proteins that only cancer cells produce. They have become more popular in recent years compared to chemotherapy thanks to their advantage of reducing the toll of side effects. However, a patient must often meet certain criteria to be a candidate for targeted therapy. For instance, a tumour profiling test needs to show that a specific molecular target is present.

Examples of these targeted medications include:

Trastuzumab (Herceptin) – This drug targets HER2, which is a protein that promotes cell growth. Patients are eligible for this medication if their genetic testings are positive for HER2 genes.

Ramucirumab (Cyramza) – this drug blocks the process of developing new blood vessels for the tumour.

Prevention and screening of stomach cancer

Unfortunately, there is no sure way to prevent stomach cancer altogether. The next best thing we can do to protect ourselves is to make changes in our daily lifestyle to control and reduce our risk. These may include:

If you have some conditions that increase the risk of gastric cancer, treating them can prove life-changing. For instance, chronic infection with H. pylori is a well-identified risk factor for this cancer. Getting appropriate treatment such as triple therapy to eradicate the bacteria from your stomach will lower your risk of stomach cancer.

Stomach cancer is highly treatable if detected early. As it does not display noticeable symptoms in the early stages, screening tests are also a viable option for individuals with a high risk of stomach cancer. Consulting a doctor or an oncologist for a screening strategy and following through with it is important for early detection, as well as for your peace of mind. Depending on your risk profile, screening may involve the following:

Despite being relatively less common, many cases of stomach cancer have a poor outcome, due to late diagnosis. We hope that this article provides a useful overview of important aspects of stomach cancer, and how we can work to reduce its incidence. By far, knowing your risk profile, taking preventive measures and going for screening tests remain the best way to proactively combat this cancer. 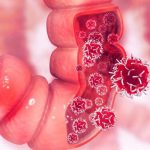