A tool that is used increasingly in looking out for effective treatment options in the management of advanced cancers after standard lines of treatment have been exhausted is a test called tumour mutation/genetic profiling. These tests are done locally or overseas.

Frequently it does not entail a new biopsy of existing tumours in the body but retrieving tumour specimens obtained from previous biopsies or surgeries done to remove the primary tumours.

There is occasionally a need to obtain fresh tumour specimen by a new biopsy if the old biopsy/surgical specimen cannot be processed for technical reasons or if there is a need to ascertain if the present tumours harbour different mutations from the original tumour sample.

Liquid biopsy may also be done via a simple blood sampling without the more invasive core tumour biopsy procedure but the sensitivity of liquid biopsies in detecting these circulating tumour DNA in the blood stream may be limited if the cancer burden is low or the natural biology of the tumour is such that it does not shed its DNA into the blood stream.

We will illustrate a case example to full explain how comprehensive tumour mutation genetic profiling may help open up more therapeutic options in the management of advanced cancers.

Below are frequently asked questions:

What is this profiling test?

It is a test to detect mutations within the tumour sample that are known to be the main engines in driving cancer growth and spread.

There are as many as a hundred of these known mutations that are important. Most tests nowadays try to detect hundreds of them during each profiling.

What can we do with the results?

A minority of mutations detected in such profiling tests are important as there are very effective drugs available to target the specific mutation found with high response rates.

However several mutations detected may not have any available effective drug targeting it. Nevertheless, it may be still useful to know if a target is in sight as the effective drug may be just one step away from being approved for routine use in the clinical setting.

The pace of drug development has certainly quickened within the last decade.

What are the chances of a positive result in terms of a driver mutation with an available drug targeting it being found?

While low (less than 5%) in most instances but when detected, it may present a lifeline in prolonging survival for the patient with advanced cancer who have exhausted all known lines of therapy. In some rare tumours, the chances are higher (20-30%) in detecting such a mutation.

What about the other mutations detected? There are several mutations in the tumour genetic profiling report that are termed Variants of Unknown Significance (VUS). What are they?

These are mutations found in the tumour that are not usually seen in the normal population. The impact of these mutations on tumour behaviour or the tumour response to specific drugs have not been investigated or reported in medical research.

These findings are still useful in case future reports of their impact or an available drug is developed targeting that specific mutation.

Returning to our case example, fortunately for this person, a mutation not known to be frequently found in nasopharyngeal cancer (NPC) is detected
somatic tumour, tumour profiling test 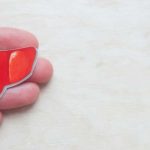 A Singapore Success Story: The Fight Against Liver CancerCancer 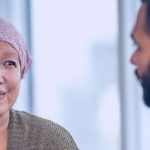 For the Better – An Updated History of Innovations in Oncology (1970s – 2021)Cancer, Oncology