Common terminology in oncology: What does your cancer doctor actually mean?

By Dr Donald Poon
Posted August 12, 2022
In Cancer
Common terminology in oncology: What does your cancer doctor actually mean?2022-08-122022-09-27https://dyhpoon.com/wp-content/uploads/2017/08/default-logo.pngDonald Poon and Associateshttps://dyhpoon.com/wp-content/uploads/2022/08/dr_donald_poon_blog_article_common-terminology-in-oncology_what-does-your-doctor-really-mean.jpg200px200px
0

As a doctor, I know we have a long-held reputation for the way we communicate. From doctor’s handwriting to doctor’s jargon, we have perhaps made our patients scratch their heads on several occasions. We have made them laugh about it too.

In this article, I put together a list of common medical terms in oncology that you are most likely to come across as a patient or the patient’s family. Getting the hang of these terms will help you understand your condition better. The list is by no means exhaustive and you are recommended to clarify with your doctor anything you do not understand. Please note that the definitions below are simplified for oncology patient’s reference in Singapore context rather than for medical professionals’ usage in or outside of Singapore.

A patient often first comes into contact with cancer with the discovery of a lump. Being diagnosed with a lump may prompt you to think of cancer instantly. However, it is important to note that the majority of lumps are not cancers. In fact, only about 1 in 10 lumps found are cancerous.

Lumps can occur anywhere in the body, of any size and shape, and for various reasons. In oncology practice, a lump can also be referred to as a tumour, a cyst, a mass, lesion, or nodule. All these terms describe a group of abnormal cells in the body, with slight differences in meaning and usage.

To confirm if a tumour or mass is cancerous, and if so, what is the nature of the cancer, a series of diagnostic steps will be carried out. During the diagnosis process, you may encounter terms such as tumour marker in your blood test or urine test result, or asked to go for molecular testing or biopsy. Below are what they mean.

Tumour marker and molecular marker are 2 types of biomarkers most commonly encountered in oncology. They indicate the presence of substances that are associated with certain cancers or benign tumours. Oncologists use these biomarkers, together with other evidences, to confirm a diagnosis, monitor treatment outcome or predict the behaviour of cancer during and after treatment.

They are substances that are produced by the cancer cells in response to the presence of a tumour. They are measured through blood tests, urine tests or biopsies. Not all cancers have a known tumour marker, and one tumour marker may be associated with several types of cancer. For instance, PAP (Prostatic Acid Phosphatase) is linked to metastatic prostate cancer, lung cancer and myeloma.

Note that tumour markers are “not specific” for cancer, which is to say that other medical conditions may also cause tumour markers to rise. So if you go for a health screening and receive blood tests indicating abnormal levels of certain tumour markers for the first time, do not panic yet. This needs to be investigated but the markers alone do not confirm you have cancer.

Containing DNA fragments, molecular markers can reveal the changes in gene sequences (known as mutations), gene expressions, and other indicators of the characteristics of cancer cells. In oncology practice, it helps doctors understand how cancer is likely to behave and determine suitable treatment plans for the patient.

Biopsy is a procedure oncologists commonly order as part of the cancer diagnosis process.

A surgeon uses a needle to take a small amount of tissue from the area where the cancer cells may be present. It is considered the gold standard in oncology diagnostics, as it offers a reliable method to diagnose a tumour by examining closely the tissues involved.

Depending on the location of the tumour and the sample required, surgeons may perform:

The above methods are called tissue biopsy.

Liquid biopsy is a relatively new type of biopsy, which excites me and many fellow oncology practitioners. Liquid biopsy looks for genetic materials of cancer from a blood sample. It is quick, easy to perform, almost painless to the patient and does not have the side effects that tissue biopsy may have. An example is the Lucence liquid biopsy test. It is used to support diagnosis, treatment selection and monitoring for a number of lung, breast, colon and blood cancer types.

Imaging tests help doctors look inside of the body. They are a pivotal diagnostic tool. They can also be used during treatment to monitor progress, and after treatment for surveillance purposes.

X-ray, PET, CT and MRI scans are the most common imaging tests a cancer patient encounters. You may wonder why the doctor orders one type of imaging scan and not another. Below is a brief rundown:

Most patients want to know the stage of their cancer. Most cancers are staged from 1 to 4, and the severity increases as the number goes up. Some cancers also have a stage 0.

The same stage for different cancers has diverse meanings in terms of treatment and prognosis. You should always discuss with your oncologist to find out what the stage in your individual case means.

In addition to Stage 1,2,3,4, you may encounter other terms related to cancer staging.

Cancer is generally treated using of one or a combination of the following treatments:

In certain cases of early-stage and low-risk cancer, the oncologist may recommend Active Surveillance. Cancer is monitor closely without treatment, unless regular exam or test results show cancer is growing and requires intervention. Examples of this approach can be seen with low-risk prostate cancer or urethral cancer.

A therapy may be used to achieve different objectives during the treatment journey. Taking chemotherapy as an example, depending on treatment goal, you may hear your oncologist mention:

These are some common terms you may come across after treatment is successful:

I hope the above article clarifies common oncology terms in easy to understand language for the benefit of cancer patients, their families and interested public audience. My general advice is to ask for an explanation from your oncologist any time you receive information regarding your diagnosis or treatment that you do not fully comprehend. As doctors, we do not confuse our patients on purpose. We also do not use handwriting much nowadays. It is my hope that our reputation in communication has been and will be further improved. 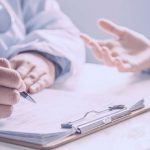 Cancer Recurrence – Does It Mean That All Hope Is Lost?Cancer 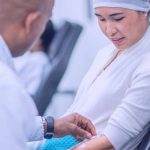 How to Make the most of Palliative Treatment in Cancer CareCancer